Joseon as a ‘Country of Hats’
상태바

To the first Westerners to enter the Far Eastern country of Joseon (1392–1910), Korean clothing must have been a novelty. An everyday outfit for a Joseon man consisted of a white jacket and trousers topped by—again—a white overcoat. A dose of style and dignity was brought to this somewhat monotonous costume by a black horsehair hat known in Korean as a gat. The illusion of a stature heightened by an additional 20 centimeters or more was an inadvertent addendum to the dapper impression created by these hats. The combination of black and white has always been one of the simplest but most confident recipes for a striking look across cultures. The stylish contrast of black and white combines with the traditional Korean aesthetic to produce a unique type of dress that might have come across as refreshing to Westerners. 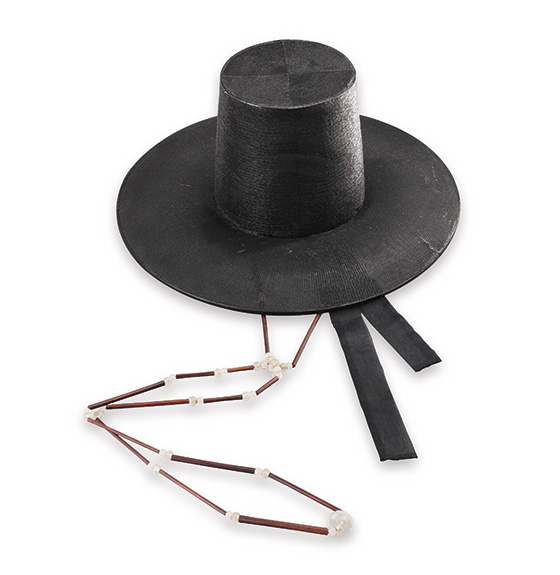 Heungnip A horsehair hat for outings

For Joseon men, hats were regarded as an extension of the body. Outings of any kind were not considered possible without wearing hats. These hats also served as a signifier of social class and function. The most common type of traditional Korean headgear was the chorip, a brimmed hat made of bamboo strips or straw. Bamboo hats were popular among young men who had not yet reached their coming of age. This simple bamboo hat could be made flamboyant, however, with additional decoration. Chorip were a perfect headdress for byeolgam officials, who were renowned in Joseon society for their sharp sense of fashion. Byeolgam was an official designation for those who escorted the royal palanquin in a procession. They were of a relatively low rank in the bureaucratic hierarchy of the Joseon court, but could wield great power since they attended directly at the side of the king or crown prince. These royal escorts dressed in green inner coats and red outer coats topped by an orange chorip. The decorative appendages on their bamboo hats were immodestly ornate, eloquently announcing where the actual influence resided.

The hats of choice for military officers were jurip (“red hats”) and jeollip (“woolen hats”). A black horsehair hat was coated in red lacquer to create a jurip, and wool was used for jeollip to provide protection against rain or snow. To accompany the red-lacquered or pelt hats on their heads, the military officers of Joseon wore jackets with pleats (cheollik) or narrow-sleeved jackets (hyeopsupo) that allowed mobility in combat. Meanwhile, Korean shamans dress like Joseon military officers during their shamanic rites: they wear woolen hats and a military uniform and carry a sword in each hand. This costume for shamans indicates that they are warriors fighting back evil spirits just as Joseon military officers did with enemy soldiers.

Joseon men wore baengnip, or “white hats,” during times of mourning the death of a parent or the king. Hats covered in white hempen cloth inspired a state of mind for taking the utmost care with both act and word.

Joseon hats served as an instinctive marker of the wearer’s social status, as well as his specific situation. 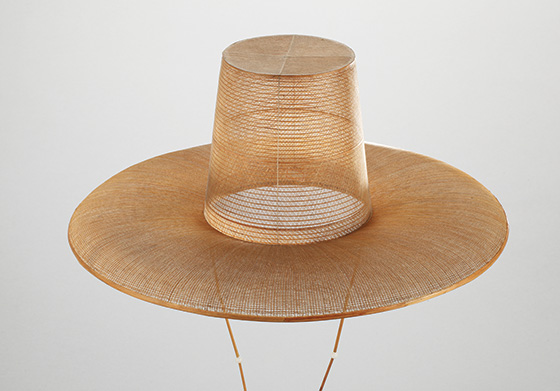 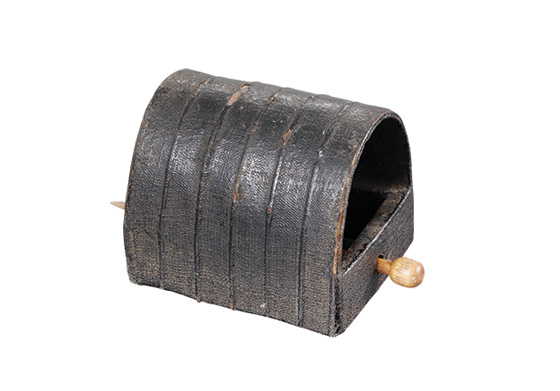 The act of wearing a gat started with arragning the hair into a topknot, the classic hairstyle for Joseon men. The strands of hair were all neatly ordered and tied together at the top of the head. The size of the knot of hair was a matter of style. A man with thick hair would shave the area around the crown of the head and create a knot of the desired size. In contrast, those with thin hair covered their small topknots with “topknot caps” (sangtugwan). Through such tricks, all men could create a topknot in the preferred size. Tying a topknot was just the beginning of the preparations for wearing a hat. A hairband called a manggeon was essential as well. These horsehair headbands were wrapped around the forehead to prevent even a single strand of hair from going astray. They were wrapped tight to the point of pain. Why would Joseon men willingly suffer so? An answer to this question can be found in the portrait of the late-Joseon literati Kang Yi-oh, designated as Treasure No. 1485. His forehead below the hairband appears tightened and even embossed, and the eyes and brows are slightly lifted at the ends. There is no sign of dullness or clumsiness. With this sense of tension in his face, he looks sharp, driven, and younger. This must have seemed a worthwhile tradeoff for the pain of the constrictive hairband.

After hair arrangement had been completed, an inner hat called a tanggeon was set on the head. Tanggeon could be worn alone at home like other indoor hats, but they also made up part of the outdoor headgear that went underneath a gat.

Finally, a gat could complete the process. The horsehair hat was not forcefully accommodated to the shape of the head, but just lightly set on top. In this way, the crown could maintain its dignified form while the brim cast a gentle shade over the face.

Each gat had two types of straps. One, a strip of silk that could be tied beneath the chin, was for the practical purpose of securing the hat. The other was a string of coral, amber, or crystal beads that hung loose to the chest or even to the belly, simply for decorative purposes. This ornamental strap called a paeyeong also kept walking speed in check. If a man hastened his walk or started running, the decorative strap could become tangled. A man with a gat was forced to practice a calm dignity in his walk.

As seen above, Joseon hats came in a variety of shapes and colors and were considered an inescapable aspect of dress. One of the most descriptive nicknames for Joseon is certainly a “country of hats.” 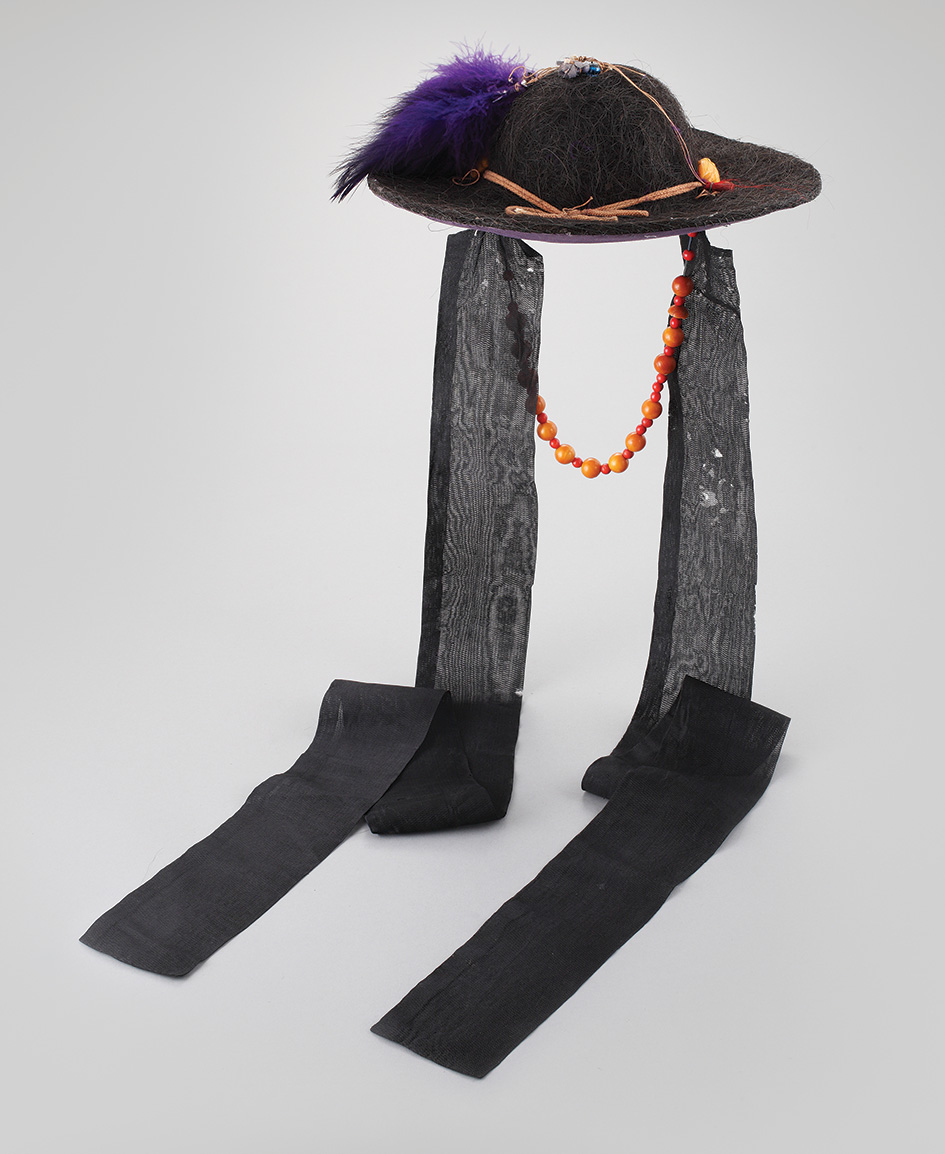 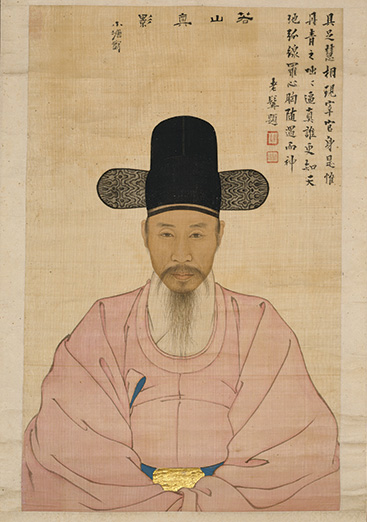 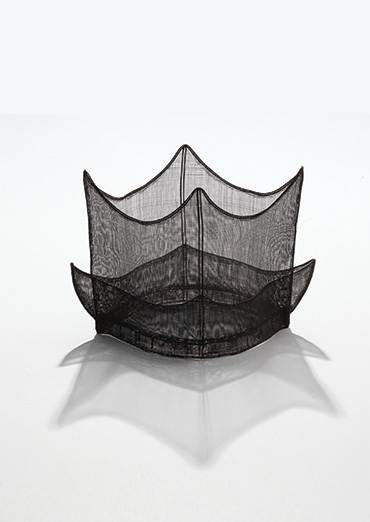 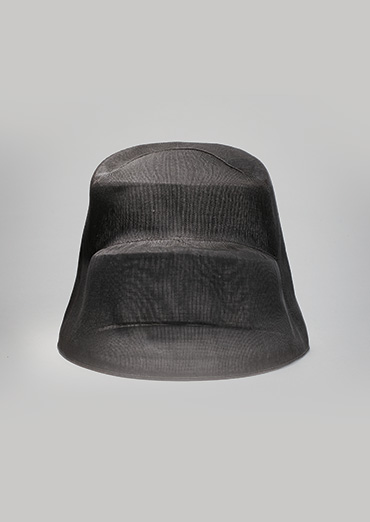 Jurip Left_ Portrait of Kang Yi-oh (photo courtesy of the National Museum of Korea)
Center Jeongjagwan, an everyday indoor hat for the literati
Right_ Tanggeon, an inner hat worn beneath a gat 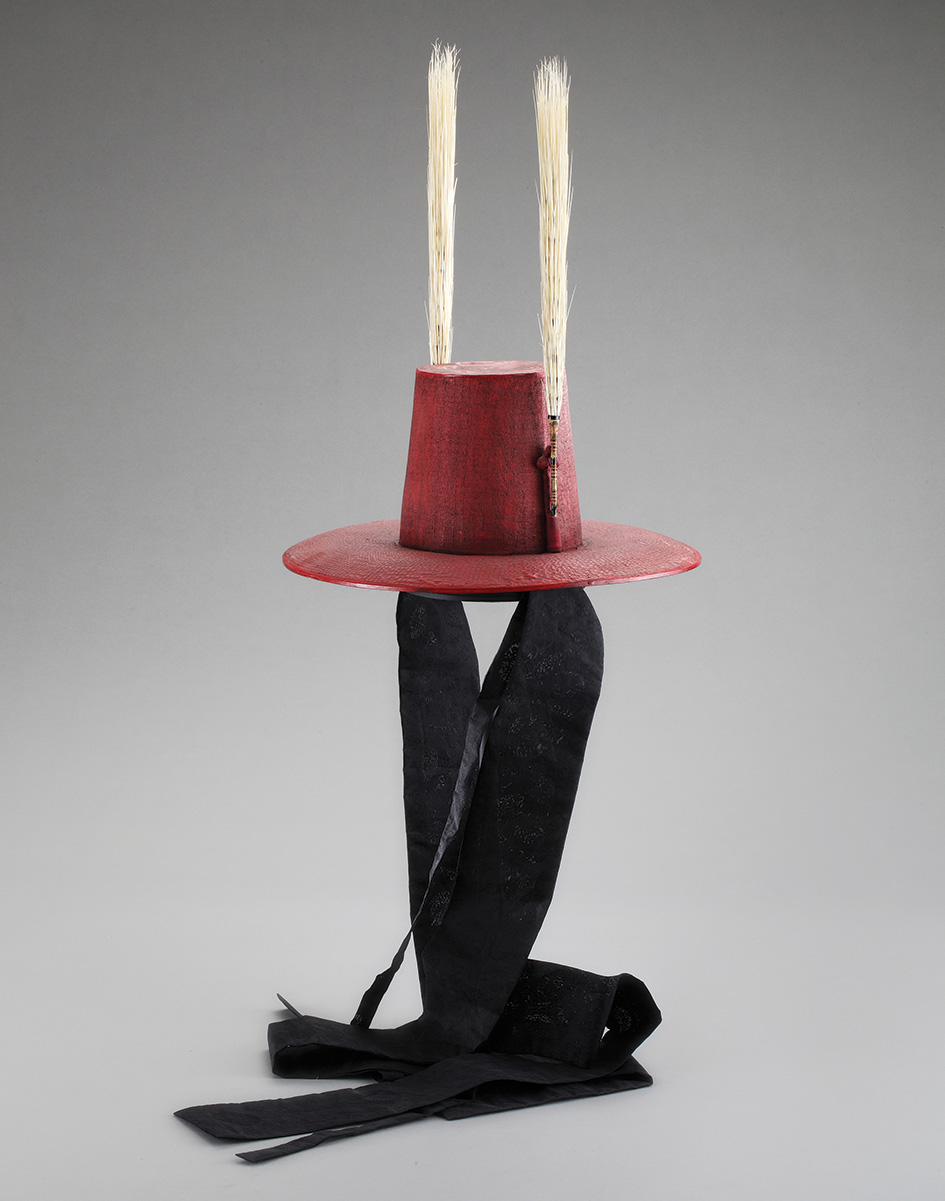 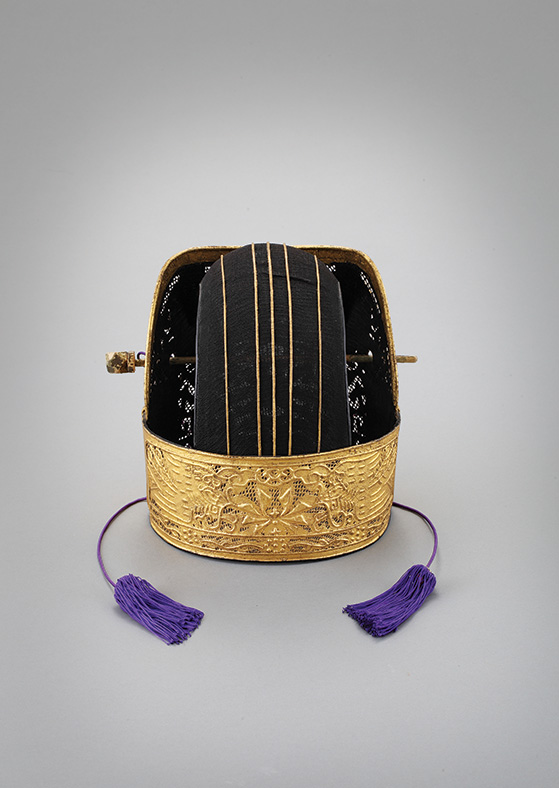 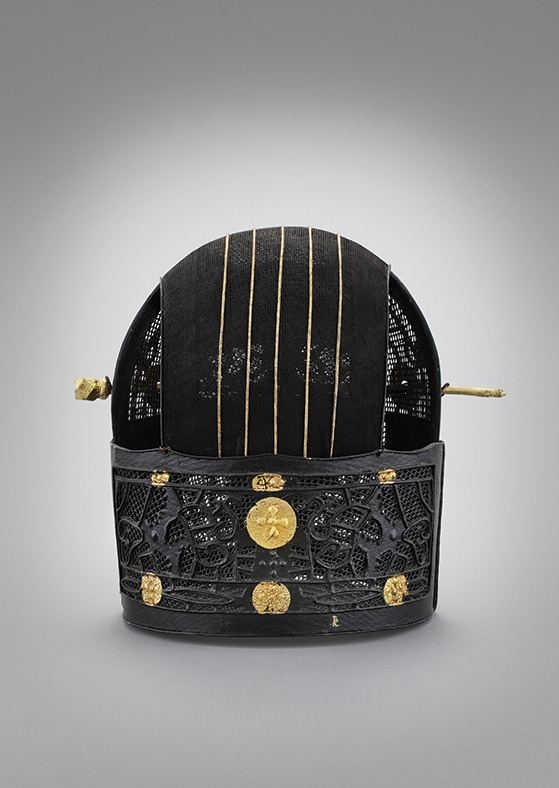 Text by Lee Min-joo, the Academy of Korean Studies